Happy Saturday book friends! My, I have not posted a review in a long while. The last time was early May, whoops. Oh well, I have been reading more new books lately, and I’m excited to catch up with my reviews!

First up is Book of Night by Holly Black. I actually finished this one over a month ago, but didn’t quite have the energy and time to sit down and write a review for it. But here it is now!

At first, I was a little scared to read it because many of the first reactions I heard to it were not that great. Nevertheless, when I saw the exclusive edition at Barnes & Noble I bought it anyway, because that’s just what I’m like. Luckily, I did end up enjoying it, but there were some things here and there that could have been better. Let’s get into the review! 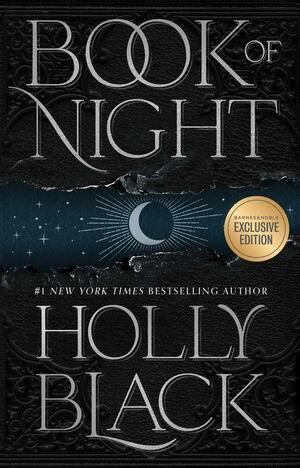 
In Charlie Hall’s world, shadows can be altered, for entertainment and cosmetic preferences—but also to increase power and influence. You can alter someone’s feelings—and memories—but manipulating shadows has a cost, with the potential to take hours or days from your life. Your shadow holds all the parts of you that you want to keep hidden—a second self, standing just to your left, walking behind you into lit rooms. And sometimes, it has a life of its own.

Charlie is a low-level con artist, working as a bartender while trying to distance herself from the powerful and dangerous underground world of shadow trading. She gets by doing odd jobs for her patrons and the naive new money in her town at the edge of the Berkshires. But when a terrible figure from her past returns, Charlie’s present life is thrown into chaos, and her future seems at best, unclear—and at worst, non-existent. Determined to survive, Charlie throws herself into a maelstrom of secrets and murder, setting her against a cast of doppelgängers, mercurial billionaires, shadow thieves, and her own sister—all desperate to control the magic of the shadows.

I’m not quite sure how to start this review, because I keep wanting to start with the things I think could’ve been better. So, I guess I’ll just start with that then.

This book is not big, but unfortunately it manages to be quite slow for the first half of it. Thankfully that isn’t that many pages (can you imagine a 500 page book being slow for the first half??). There are some things that would’ve made the start more interesting to me, first of all the world building. This story takes place in our modern world, but one in which there’s a whole secret society of people with magic shadows. This whole concept sounded so interesting, but I found the execution of this a little lackluster. I felt like there could’ve been more explanation surrounding this society, as I didn’t really feel they had that big of a role in this book.

Second, even though I enjoyed the characters a lot, I don’t think there was a lot of character development. I’m hoping there will be more of that in the next book, and also that more characters will get involved with the story. I feel like this series could really flourish if it had a bigger, more solid cast of characters at the forefront.

At some point it genuinely does get interesting, though, and the second half is what saved this book for me. Especially that ending, because geez. The flashback POVs make you glimpse into Charlie and Vince’s own pasts, but nothing is entirely like it seems and the revelation honestly had me in shock for a bit. So while I think this book could have been executed better, I do think it’s a promising start to a new series. My hope is that the second book will jump straight into the action, and is a bit more fast-paced.

And that’s it for this short review of Book of Night! I ended up liking it in the end, and I think if you have the patience for a long build-up you will like this one, too. If you have already read it, let me know your thoughts! I’d love to discuss this story as so many people have different opinions on it.